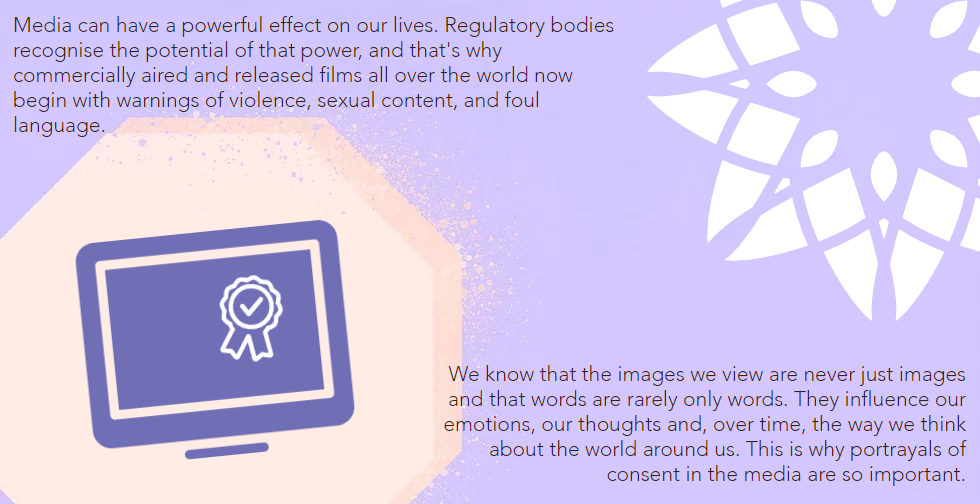 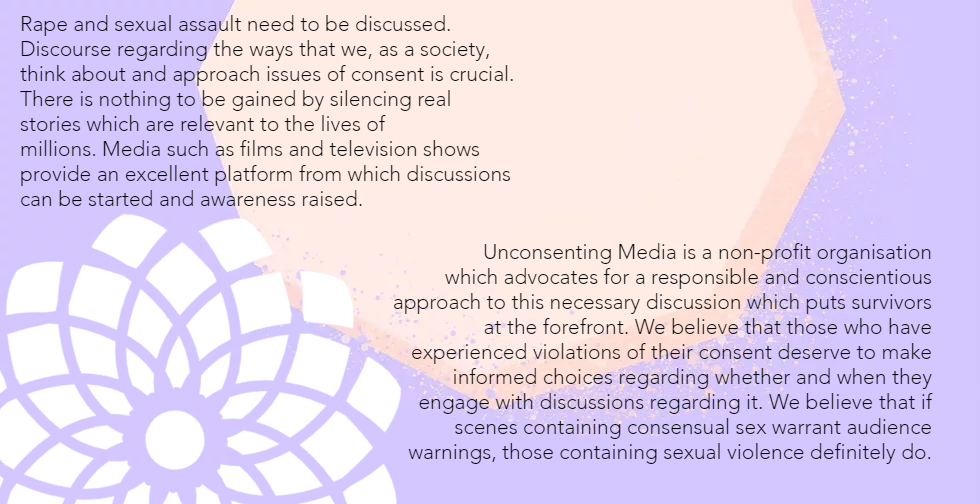 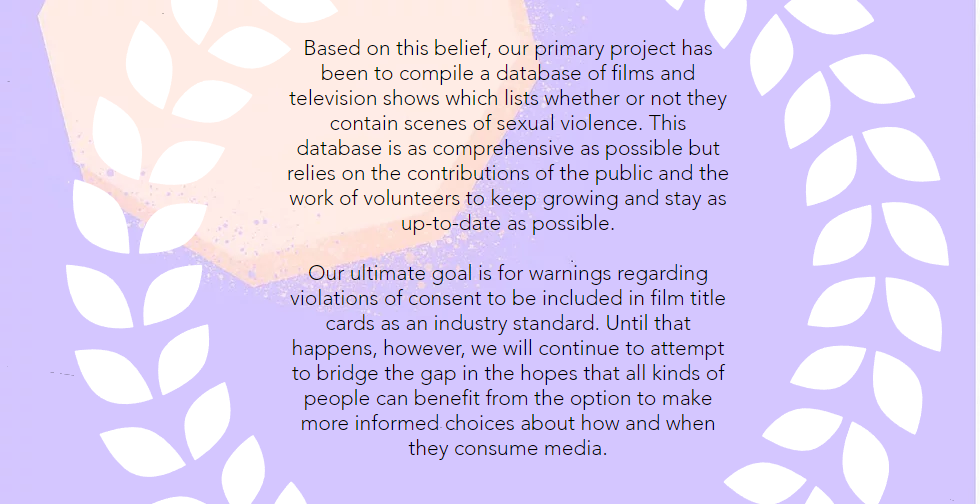 PreviousNext
Media can have a powerful effect on our lives. Regulatory bodies recognise the potential of that power, and that's why commercially aired and released films all over the world now begin with warnings of violence, sexual content, and foul language.
We know that the images we view are never just images and that words are rarely only words. They influence our emotions, our thoughts and, over time, the way we think about the world around us. This is why portrayals of consent in the media are so important.
Rape and sexual assault need to be discussed. Discourse regarding the ways that we, as a society, think about and approach issues of consent is crucial. There is nothing to be gained by silencing real stories which are relevant to the lives of millions. Media such as films and television shows provide an excellent platform from which discussions can be started and awareness raised.
Unconsenting Media is a non-profit organisation which advocates for a responsible and conscientious approach to this necessary discussion which puts survivors at the forefront. We believe that those who have experienced violations of their consent deserve to make informed choices regarding whether and when they engage with discussions regarding it. We believe that if scenes containing consensual sex warrant audience warnings, those containing sexual violence definitely do.
Based on this belief, our primary project has been to compile a database of films and television shows which lists whether or not they contain scenes of sexual violence. This database is as comprehensive as possible but relies on the contributions of the public and the work of volunteers to keep growing and stay as up-to-date as possible.
Our ultimate goal is for warnings regarding violations of consent to be included in film title cards as an industry standard. Until that happens, however, we will continue to attempt to bridge the gap in the hopes that all kinds of people can benefit from the option to make more informed choices about how and when they consume media.