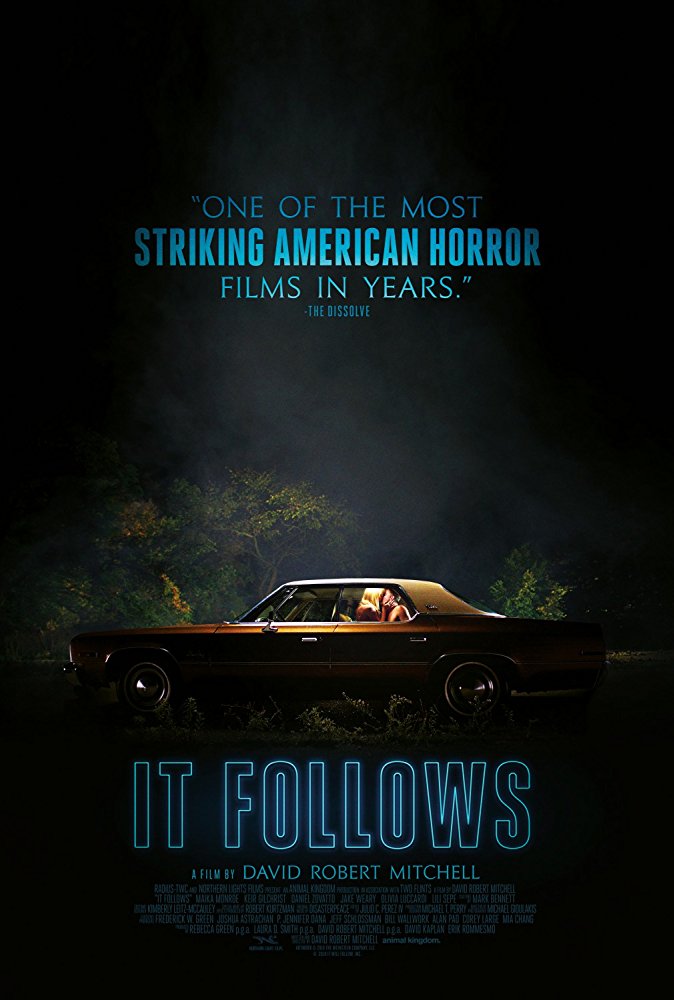 This is a horror movie where the monster is a shapeshifting, unstoppable entity passed on through sex. Several of the monster's forms are that of disheveled, naked or half-dressed people who are bloodied. Two preteen boys spy on the main character while she is swimming and changing clothes without her consent: her reaction implies that this is not the first time this has happened. The main character has a consensual sexual encounter with a man, but it takes a turn into potentially disturbing territory when he drugs her, knocks her out, and whisks her away to an unknown location. She then wakes up half-naked and strapped into a wheelchair in an abandoned warehouse for the purpose of him explaining the curse he has now passed to her, after which he lets her go. She feels understandably violated and betrayed, consequently filing a police report. The monster shapeshifts to a victim's mother and, after killing him off-screen, is seen gyrating on his dead body in a suggestive manner.
If this listing is incomplete or incorrect please feel free to suggest an amendment through the site’s submission form.