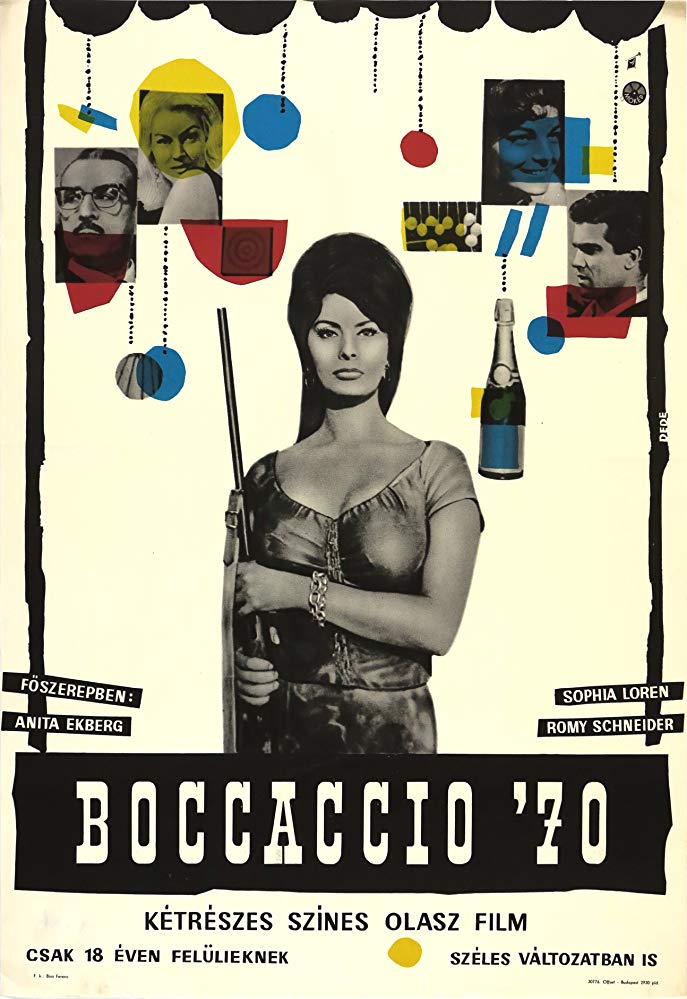 The film is divided in four episodes. 1) A (secretly) married woman is harassed by her employer. 2) A man is obsessed by a woman featured on an ad billboard. He hallucinates and sees her harassing him. It is very briefly implied that he had been traumatized by the vision of her naked aunt as a child. 3) A woman leaves her husband who cheated on her with call girls. Finally, she choses to stay with him, by making him pay for her sexual services. She seems very distressed by this situation. 4) A woman is forced to prostitute herself out of misery: she is the 'winning lot' of a lottery. She is constantly harassed by a crowd of men. Finally, the one who 'won' her is too shy to do anything.
If this listing is incomplete or incorrect please feel free to suggest an amendment through the site’s submission form.