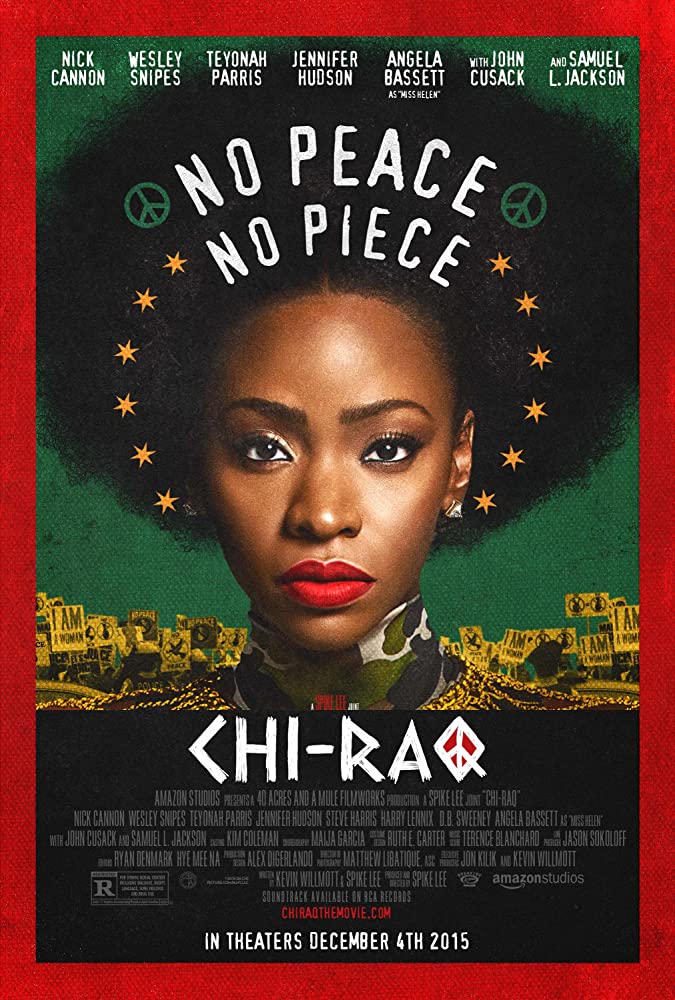 The premise of this movie is that the women in a particular community in the South Side of Chicago decide to stop having sex with all men in the community to protest gang violence. This sex strike ends up spreading to the rest of the city, nation, and world. When the protagonist first enlists other women to join this strike, part of the oath that she tells them to repeat has the line, "If he should force me to lay on that conjugal couch, I will refuse his stroke and not give up that nappy pouch," implying that saying no is sufficient to stop rape. There is also a point where the protagonist's boyfriend cheats on her with someone else. The sounds of her moaning during sex are heard before the scene switches over, and, in context, it sounds like she might be being raped, even though the encounter is later revealed to be consensual.
If this listing is incomplete or incorrect please feel free to suggest an amendment through the site’s submission form.