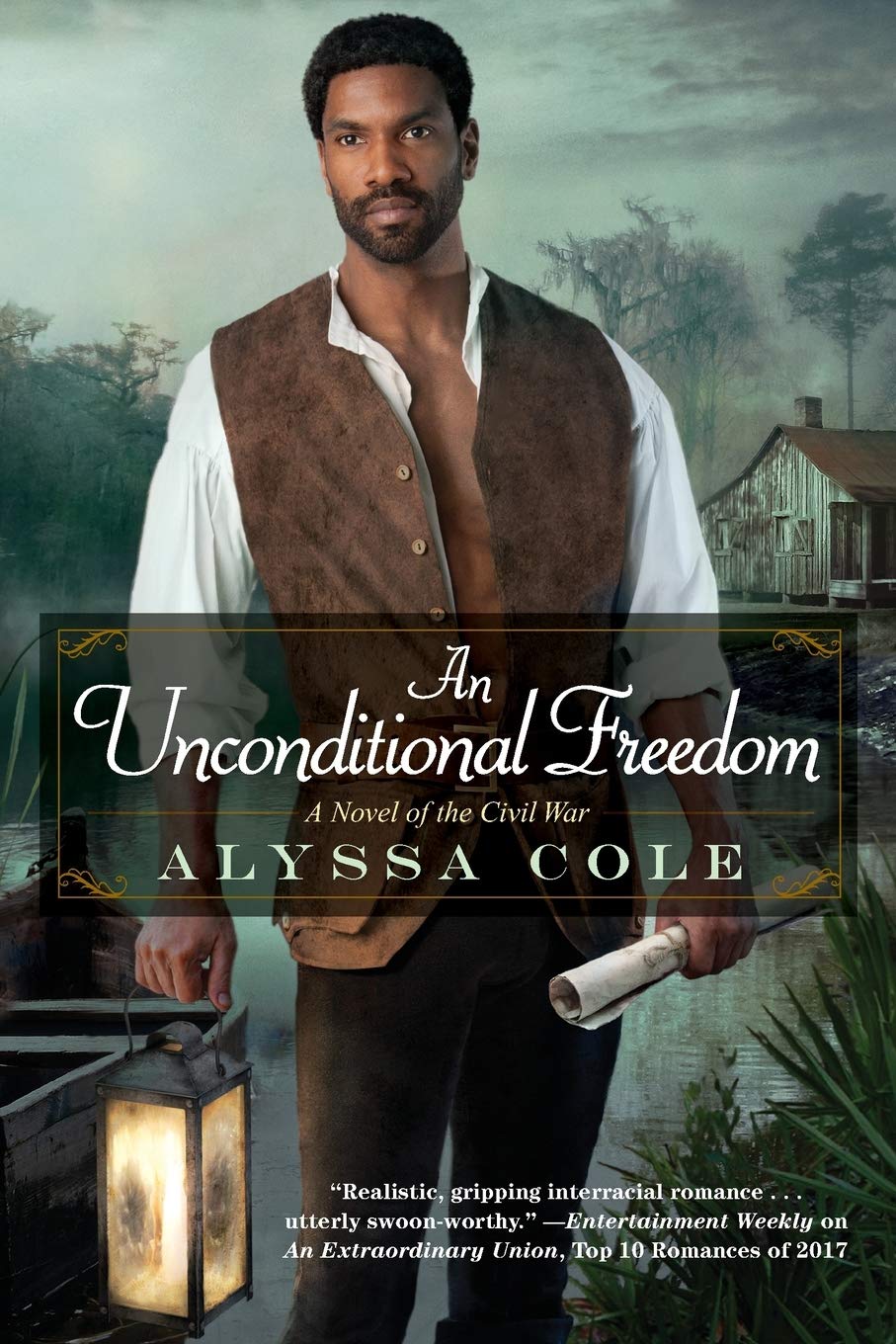 This book takes place during the United States Civil War. The couple in the book consists of a Black American man and a dark-skinned biracial Cuban woman. The male protagonist saves a slave girl from being raped by the slave owner. The female protagonist was born from a union between a slaveholder and a slave woman. The protagonist's mother somehow persuaded the slaveholder to free her, marry her, and treat her and her daughter as equal members of the family. There is a suggestion that he may have fathered another child with a different slave woman because the protagonist notices a slave girl who resembles her. The female protagonist's home gets taken over by soldiers who flirt with, attempt to touch, and otherwise harass her and her sisters. At the start of the book, she has a white sweetheart whom she believes she loves, but it becomes clear to her that he is using her, and she describes their sexual encounters as him "taking his pleasure" from her. There are instances where he initiates sex with her when she is visibly upset. Finally, she mentions that people often think that she is her father's mistress. A side character relates how his wife was raped by a slave owner. Two male characters openly contemplate "sharing" the female protagonist, assuming that she does not understand their language, which she secretly does. A group of Confederate soldiers threaten to rape the women present in a group of traveling slaves, but they are stopped.
If this listing is incomplete or incorrect please feel free to suggest an amendment through the site’s submission form.