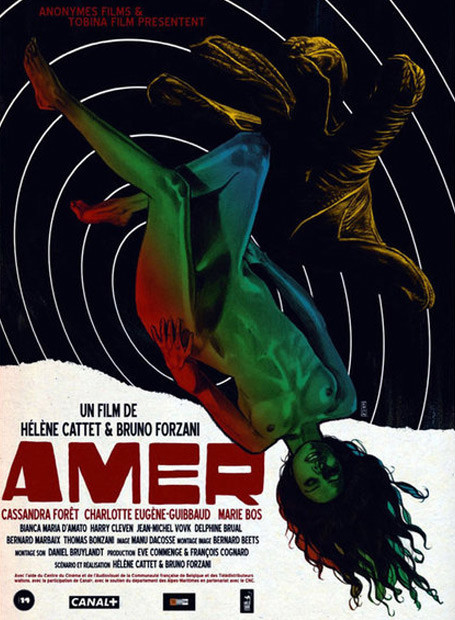 In this movie, all sexual assaults and sexual threats are eroticized. In the first segment, the protagonist (a young girl) is tormented by a shadowy, ominous figure in black, who makes her fall down and grabs her feet. In the second segment, an adult man forcibly puts a lollipop in the mouth of the protagonist (now a teenager) while lustfully telling her that she has grown up. Shortly after, a boy tries to kiss her (she rebuffs him) and looks insistantly at her breaast (uncomfortable, she covers her breast). After that, she walks in front of a group of lustful bikers, who stare are her: she is shown feeling uncomfortable. Immediately after that, a suggestive scene mimicks an unconsensual sexual relationship: it is then revealed to depict the protagonist entering a subway wagon. In the third and final segment, the protagonist (now an adult) takes a cab and dreams/fantasizes that the driver (who acts threateningly) tears off her dress and expose her breast: she wakes up. She then goes to her childhood home, where she is assaulted by a killer: he firstly tries to drown her while she is masturbating in her bath, touches her while she is sleeping in her bed, pursues her, fondles her while holding her a knifepoint, and eventually kills her. The final scene shows her naked dead body being prepared for her burial: the process is eroticized.
If this listing is incomplete or incorrect please feel free to suggest an amendment through the site’s submission form.