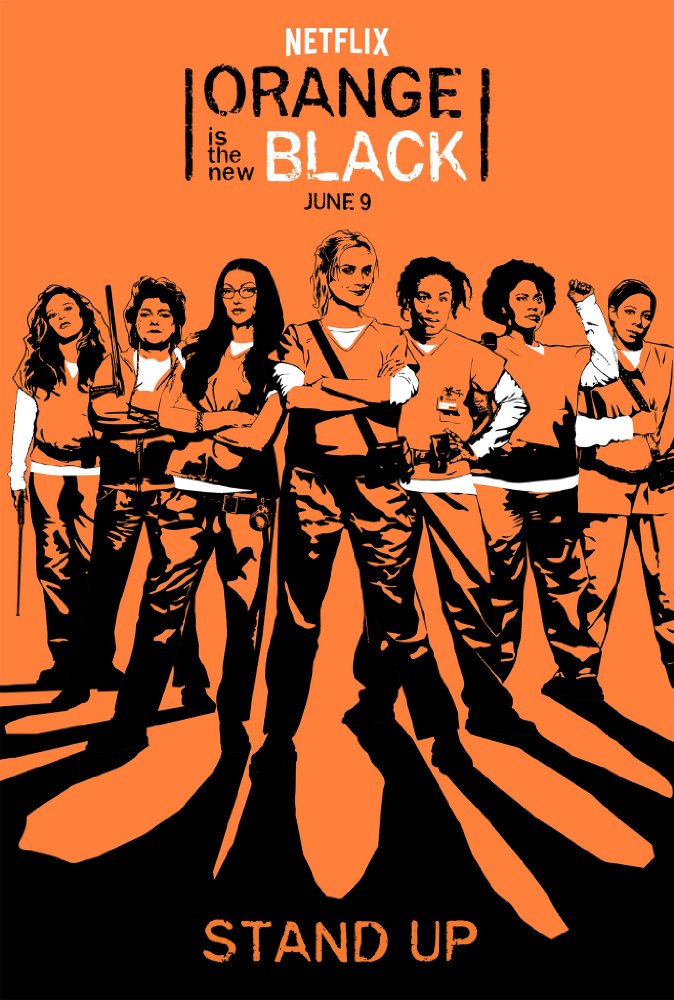 Rape or sexual assault discussed/mentioned/implied: In S1E10, a flashback shows the teenage years of one character, during which she lived on the streets and stole to survive. It is hinted that she left home due to a problematic family life and she makes a reference to her 'rapist stepfather.' In S7E11, a foreign woman struggles to explain that she wants to get an abortion. Eventually, a flashback strongly implies that she was raped by smugglers before entering the US. Sexual harassment on-screen: in flashbacks (S2E4), it is revealed that one character stalked a man who she'd developed an obsession with at length. This resulted in the man moving several times, changing his phone number and email, and getting a restraining order against her. Her stalking escalated into threats and eventually actual violence, with the inmate threatening to strangle him and his girlfriend and leaving a homemade explosive under his car, leading to her arrest. She continues to refer to him as her 'fiance' throughout early seasons, until the reality of the situation is exposed when the man visits her in prison and threatens to kill her if she ever comes near him or his wife again (also in S2E4). In season 5, prison guards are taken prisoner by inmates during a riot and subjected to a series of humiliating ordeals, often being stripped naked and/or forced to perform, notably in S5E2 (where captive guards are paraded in front of an audience of inmates and subjected to intense humiliations, including public stripping and, in one case, a forced 'cavity search') and S5E4 (where guards are forced to take part in a 'talent show' for the amusement of inmates). In S6E1, two prisoners are handcuffed to poles and sprayed with cold water as punishment for fighting: two officers force them to kiss each other (33:55). Attempted rape: a military woman is assaulted by one of her fellow soldiers while she is asleep. She eventually wakes up and manages to stop him when he has his hand in her pants (S7E2). Rape off-screen or strongly implied: in a flashback, it is revealed that one of the prison guards previously worked at a men's high-security facility and had a romantic relationship with one of the inmates, who was severely beaten and raped by other inmates when they found out he was gay (S5E10). The circumstances of this death were covered up. Rape on-screen: In S3E10 a woman is raped by a man who she used to have transactional sex with (in a flashback). In the same flashback, her mother is seen telling her that men would always want sex from her, and that she must grin and bear it. Years later, this woman is seen to regularly engage in sexually irresponsible behaviour, resulting in multiple abortions. In season 3, she develops a relationship with a male member of the prison staff, who, in S3E10, progresses to treating her in an aggressive and demeaning fashion and eventually rapes her. He does the same on multiple occasions after this event. She and her friend plan to rape him in revenge, but never actually do. The psychological implications of her rape, as well as her relationship with the prison officer, remain a theme of the show throughout the rest of seasons 3, 4 and 5. Later, she seems to forgive him, apparently willingly initiating romantic contact. One subplot involves a prison guard coercing prisoners into giving him sexual favours by trading them for drugs which he has smuggled into the prison. In S4E6 an inmate has sex with a female guard in exchange for heroin. Worthy of note: in season 1, an inmate strikes up a romantic and sexual relationship with a C.O. and both recognise that the relationship is forbidden by prison rules. The inmate eventually becomes pregnant and decides to keep the baby, but who the father is has to be kept a secret because the father could be imprisoned for rape, as prisoners are not, by law, considered able to give consent. The inmate, her mother and the father of the baby plan for the inmate to seduce another officer and accuse him of rape in order to provide an alibi. Prison officials want to avoid a scandal so the accused officer only receives a suspension.
If this listing is incomplete or incorrect please feel free to suggest an amendment through the site’s submission form.