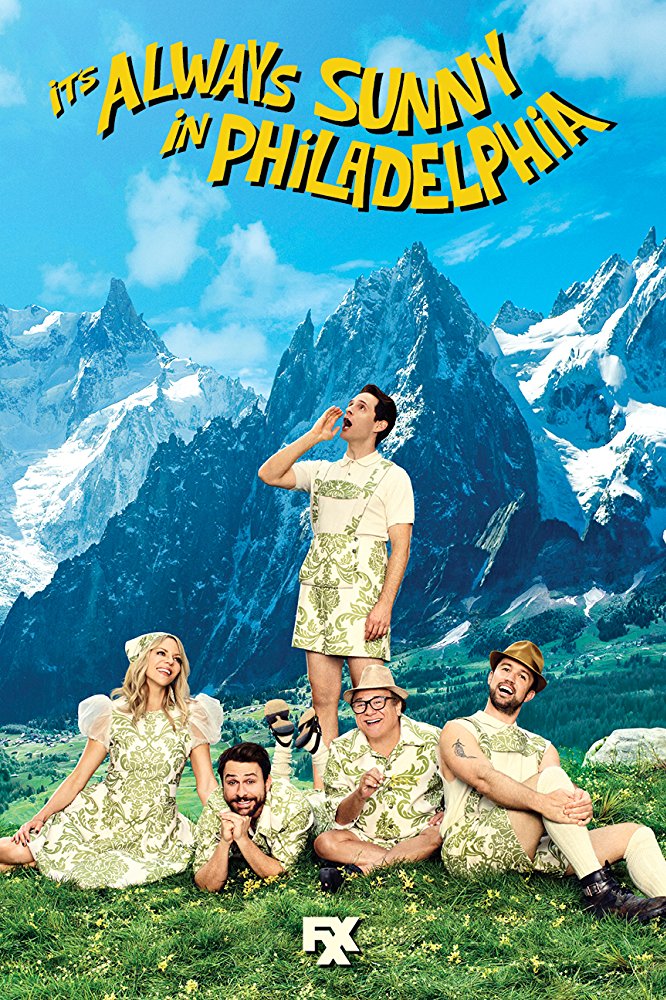 S1E1: two of the characters conspire to get another one of the characters drunk so that he will have a sexual encounter with a man and stop marketing their venue as a gay bar. S1E3: the bar becomes a 'safe haven' for underage drinkers; potentially concerning power dynamic between drunk, inexperienced teenagers and adults. S1E4: one of the characters tells women he has been diagnosed with cancer in order to get them to sleep with him. One character mentions that he previously had sex with another character that he considered non-consensual and describes how she ignored his refusals during the acts. S1E7: a key plot point in this episode is a former teacher getting arrested for molesting his students. Some of the characters whether one of one of their friends was a victim of this teacher and another character is jealous that he, too, wasn't molested. S2E1: a man uses the fact that he is in a wheelchair to get attention from some women who are strippers. The whole gang decides to fake disabilities in order to get attention and sympathy. S2E4: a man attempts to get a woman he has feelings for to sleep with him through the use of lies and deception. S3E9: a key plot point in this episode is one of the main characters taking up a relationship with somebody who may have a mental disability. Another character pens a potentially disturbing song about being molested by a strange creature. S3E11: a key plot point in this episode is one of the main characters being mistaken by the community for a convicted sex offender who has been released from prison due to overcrowding. S3E13: a man's father compels him to sleep with older women for money in order to pay off the group's debts. S4E4: two characters listen to two other characters having sex without their knowledge. S4E13: one of the characters attempts to write a musical based on a song he composed in an earlier episode about being molested by a strange creature. S5E4: a man attempts to seduce his former sister-in-law. S5E12: a character reveals his 'foolproof' system for seducing women, which is based largely on emotional manipulation and deception. S6E1: upon hearing that a transgender woman from an earlier episode is getting married, a character spends the entire episode protesting against gay marriage out of jealousy. S6E2: a character finds out that her partner is only with her in order to hurt his wife. S7E1: derogatory treatment of sex workers. One character pretends to be a millionaire in order to trick a woman into sleeping with one of his friends. S7E3: a character becomes involved in local beauty pageants and is terrified of being accused of paedophilia. S7E8: two characters stalk a man who shushed them in a bar. S11E4: two characters make a film about the man's rape by a librarian when he was in school. S11E5: evidence mounts that one of the main characters regularly sexually assaults women. Worthy of note: one of the main characters is a serial sexual predator who targets both men and women. Although the audience never witnesses any of his assaults, one of the show's running jokes is regarding this character's creepy behaviour. He videotapes the women who he has sex with without their consent. Despite being in his mid-to-late thirties, he tries to have sex with teenagers/coerce them into having sex with him. Other characters on the show explicitly refer to his actions as rape on multiple occasions. In addition to this, it is heavily implied that one of the main characters was molested by his uncle as a child and his trauma around this is repeatedly discussed. Another recurring plotline involving this character addresses his stalking/harassment of a woman he has known and been infatuated with since high school. There is a family of characters (the 'McPoyle Family') that is featured in many episodes. They are portrayed as being 'creepy' and are rumoured to be incestuous until later when they display incestuous behaviour between cousins and siblings (this is mostly implied, but is made unambiguous).
If this listing is incomplete or incorrect please feel free to suggest an amendment through the site’s submission form.